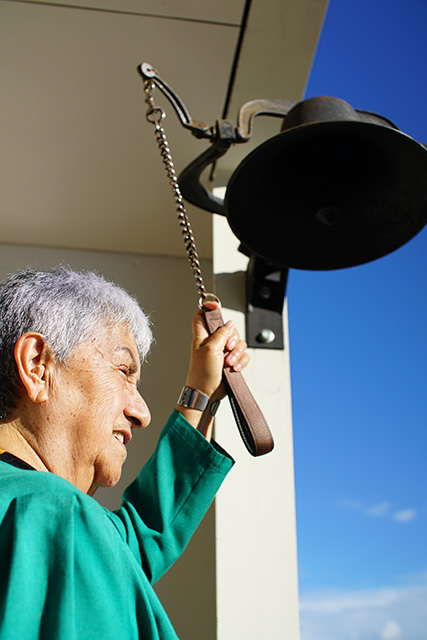 Dame Aroha has spent much of her life serving Māori and the community. In 1993, her services were recognised when she was appointed a Commander of the Order of the British Empire. In the same year, she was awarded the New Zealand Suffrage Centennial Medal. She was appointed Dame Companion of the New Zealand Order of Merit for services to Māori and the community in June 2020.

Dame Aroha is a former international president of the Māori Women’s Welfare League and an active community worker. She is a trustee of Te Puawaitanga ki Ōtautahi Trust, Māori Women’s Development Incorporated, Mana Waitaha Charitable Trust and Māori Reserve Lands in Tuahiwi–North Canterbury. She is a kaiwhakamana in the Department of Corrections at Christchurch Women’s Prison.

Dame Aroha is the chair of Matapopore Charitable Trust for mana whenua (Ngāi Tūahuriri Rūnanga), culturally advising and guiding developers for the rebuild of Christchurch. She is also chair of the Komiti Takiwā of Te Haahi Rātana in Te Waipounamu and Wharekauri.

People say, ‘I thought you would’ve been retired by now!’ Why on earth would I want to retire? I’m not ‘employed’, if that’s what people are meaning, but I won’t retire until I’m lying in a box.

Once when I was attending rūnanga meetings – a young woman, with children – our kaumātua were looking for trustees, and I got nominated. I stood up. ‘Excuse me but I don’t live here in the pā. I live in Kaiapoi and I’ve got these kids ...’ ‘Shut up, Aroha, and sit down!’ It was a matter of ‘do as you’re told’. For me, I thought, ‘They know better, they’re older, they’re wiser’, but my uncles and aunties decided, ‘No, we want some young ones.’ It’s always a matter of the pepeha ‘Ka pū te ruha, ka hao te rangatahi’. Now, in relation to our kapa haka kaumātua that we have here, I’ve got to the stage where, ‘No, no, no, you guys do it! Ka pū te ruha, ka hao te rangatahi. I’m getting a bit old for this.’ We’ve been going to Te Papa for ten years or more and I used to train our kaumātua. A happy bunch – didn’t know how to do as they’re told, puta mōhio, the whole bit! – but we’ve had some great times. I said to my two nieces, ‘Hey, you two, time you took over the kapa haka kaumātua.’ I deliberately stayed home last year because I believe that if you’re going to hand it over to rangatahi, get out of the road, stay out of the way and just be in the background. Otherwise rangatahi won’t come forward. And, of course, they have to come forward because they need their time in the world.